2nd Saturdays at the Fox Music and Movies 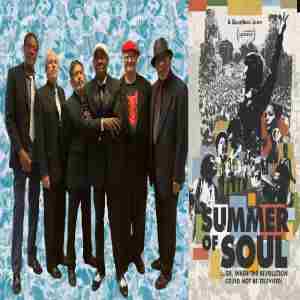 Have you been to Second Saturdays downtown recently? We love everything that these events bring to the neighborhood and starting next month, the Fox is getting in on the action with our Music and Movies series. Every month we'll be pairing one-of-a-kind performances by local music artists with a music themed film. The entire event is only $12.50 for adults and $10 for children. The series starts in June and goes all summer long.

Music: George Howard has been involved in playing music for over 40 years. His participation includes teaching, presenting workshops, photographing events of other musicians and being personally involved with them

from the legendary line up of music icon's such as John Lee Hooker, Bo Diddley, James Brown, Bobby Key's (Of the Rolling Stones), Johnny Lang, Albert Collins, Willie Nelson among many more. George has also produced and Co-produced records on independent labels, as well as promoting concerts and managing bands. George has recently been inducted into the Blues Hall of Fame, Tucson Music Awards Hall of Fame and just recently to the Tucson Musicians Museum. George is also the President and Founder of the Tucson Musicians Museum. George has been playing for concerts, casinos and private parties as well as resorts around the country. Read More

Movie: Summer of Soul (2021):
In his acclaimed debut as a filmmaker, Ahmir "Questlove" Thompson presents a powerful and transporting documentary-part music film, part historical record created around an epic event that celebrated Black history, culture and fashion. Over the course of six weeks in the summer of 1969, just one hundred miles south of Woodstock, The Harlem Cultural Festival was filmed in Mount Morris Park (now Marcus Garvey Park). The footage was largely forgotten-until now. SUMMER OF SOUL shines a light on the importance of history to our spiritual well-being and stands as a testament to the healing power of music during times of unrest, both past and present. The feature includes concert performances by Stevie Wonder, Nina Simone, Sly and the Family Stone, Gladys Knight and the Pips, Mahalia Jackson, B.B. King, The 5th Dimension and more.

SUMMER OF SOUL premiered at the Sundance Film Festival, where it won both the Grand Jury Prize and Audience Award. It is streaming on Hulu in conjunction with Disney General Entertainment's Onyx Collective; Searchlight Pictures released it theatrically.