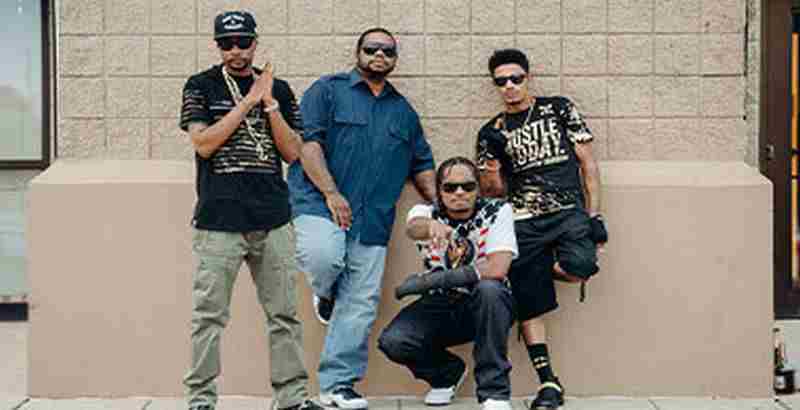 Signed and nurtured by the legendary Eazy-E (founder of Ruthless Records), BONE THUGS-N-HARMONY'S brand of flowing, rolling, rapid-clip, harmonized rap - dubbed the "Cleveland Sound" - hit the top of the charts and never looked back.

Their debut album Creepin On Ah Come Up exploded onto the rap scene with their single, "Thuggish Ruggish Bone" which sold more than 500,000 copies and the video was the cable music channel the "Box's" most-requested of 1994. Also featuring the hit "Foe Tha Love Of $", the album spent over 70 weeks on Billboard's Top 200 album chart and went 4x Platinum.

Their second album E. 1999 Eternal was #1 on the Billboard Top 200 for two week, selling over 330,000 copies in its first week of release, and subsequently became one of the best-selling rap albums with over 6 million copies behind the strength of "Tha Crossroads" and "1st of tha Month".

"Tha Crossroads" not only became an MTV smash hit and launched them into mainstream radio play, but it also won a Grammy, went 2x Platinum, and made history when it tied with the Beatles' 32-year-old record ('64's "Can't Buy Me Love") for the fastest rising single on the pop charts.

BONE THUGS-N-HARMONY is the only group that has worked with 2Pac, Notorious B.I.G., Eazy-E, and Big Pun while they were still alive, and the editors of About.com ranked them #12 on their list of the "25 Best Rap Groups of All Time".