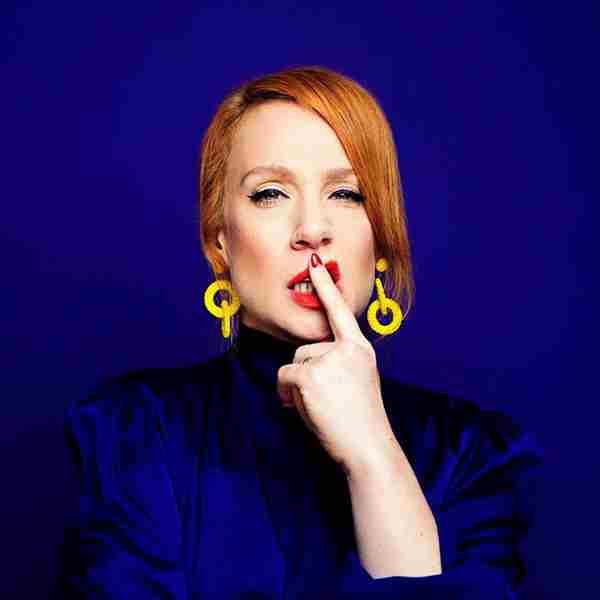 Collywobblers Comedy are very excited to bring amazing comedy on the last Thursday monthly to Peckham's stunning CLF Art Lounge. We have a fantastic line up of comedy talent for you including the hilarious super talented Sarah Keyworth-As seen and heard on BBC's Live at the Apollo, CH4's 8 Out Of 10 Cats, Amazon Prime , Comedy Central's Roast Battle, The Guilty Feminist Podcast and more , Sara Barron- As seen on BBC's Live At The Apollo , Frankie Boyle's New Word Order, Would I Lie to You? and Comedy Central's Roast Battle. , Luke Craig ( Finalist in the 2019 Leicester Square New Comedian of the Year) , Ali Woods ( Hackney Empire New Comedian of the Year Winner), promising newbie Goldsmith's student Pearse Egan providing the lols, all hosted by your cheeky charming MC Sion James.

For information on reservations please contact sionjamescomedy@me.com or text 07734805817

The entrance is an inconspicuous black door about 10 metres from Peckham Rye Station's main entrance , next door to the dentist

Sarah Keyworth
Award-winning stand up comedian.As seen and heard on BBC's Live at the Apollo, CH4's 8 Out Of 10 Cats, Dark Horse (Comedy Special) on Amazon Prime Video, Comedy Central's Roast Battle, The Guilty Feminist Podcast and BBC Radio 4's Are You A Boy Or A Girl? 'Utterly engaging' Telegraph, 'A comic who's here for keeps' TheTimes). 'The most hilarious visual images' **** (Scotsman).

Sara Barron
As seen on BBC's Live At The Apollo , Frankie Boyle's New Word Order, Would I Lie to You? and Comedy Central's Roast Battle.
As heard on The Guilty Feminist and BBC Radio 4. 'Destined for major stardom ...simply unmissable' (Times)
"Explosive energy and beautifully crafted, no-nonsense stand-up.... Highly recommended" The Sunday Times

Luke Craig
Finalist in the 2019 Leicester Square New Comedian of the Year, Luke draws the audience in with his impeccable wit and stage presence. Topics ranging from his shady characters of Croydon and Lewisham to fatherhood, Craig is surely one to watch out for.
"He is a compelling storyteller, with command of pacing, timing, and the dramatic pause." - The Evening Standard

Ali Woods
Hackney Empire New Comedian of the Year Winner! Fresh from rave reviews at Edfringe 2022! As heard on BBC Radio 4 and featured on LadBible and Buzzfeed UK, Ali has written for BBC Three and supported Russell Kane on tour. 'In a world of wannabes, Woods is the real deal' (Evening Standard).

Pearse Egan
South London based Irish actor, Goldsmith's student and new comedian. Winner - The Blackout at Up The Creek June 2021
As seen in new film " In from the side" and Davina Mcall's ITV show " Long lost family"

Acts shown are correct at time of going to press, in the unlikely event that an artist needs to cancel, we reserve the right to change the line-up without notice.