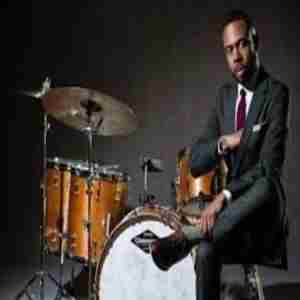 Ask anyone who has ever experienced him play, he owns his music. Every sound, every moment of silence, has a purpose. The rhythm talks to you and the conversation between sound and emotion has always been the best recipe for good music, with Jerome Jennings you get both. Jerome is a New York based composer, bandleader, sideman. His debut recording 'The Beast' was named one of the top 3 Jazz releases by NPR, received a 4 star rating in DownBeat Magazine, and nominated for the prestigious French 'Grand Prix du disque' award for Album Of The Year 2016. Jerome's forthcoming recording 'Solidarity' will be released November 2019. Jerome graduated from Rutgers University, and earned a MM from the prestigious Juilliard School, where he is Resident Director of The Juilliard Jazz Orchestra. Jerome has/is performing/recording/touring with Sonny Rollins, Hank Jones, The Count Basie Orchestra, Dee Dee Bridgewater, Wynton Marsalis (J@LC), Christian McBride, Paula West, Ernestine Anderson, The Mingus Big Band, Catherine Russell, Craig Handy, Davell Crawford, Henry Butler, Houston Person, Philip Bailey, Slide Hampton, Benny Golson, Gerald Wilson, Tim Reis, Bernard Fowler, Benny Powell, Ronnie Mathews, Curtis Fuller, Valery Ponomarev, and many more.

Add to Calendar
I May Attend, Remind Me
Event Organizer Contact
Welcome to Harlem
info@welcometoharlem.com
212-662-7779