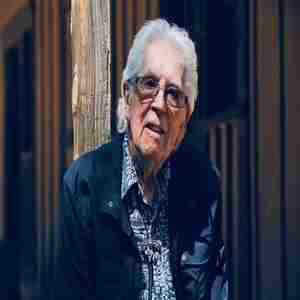 For over 50 years, John Mayall has served as a pioneer of blues music, rightly earning him the title, "The Godfather of British Blues". In 2013, John signed with producer Eric Corne's label, Forty Below Records, and has since been experiencing a true artistic and career renaissance, including a Blues Hall of Fame induction in 2015.

On February 22nd this year, Forty Below Records released Nobody Told Me, the new studio album from The Godfather of British Blues, John Mayall. This album boasts an impressive and diverse list of guest guitarists, all personal favorites of Mayall's including Todd Rundgren, Little Steven Van Zandt of The E Street Band, Alex Lifeson from Rush, Joe Bonamassa, Larry McCray and Carolyn Wonderland who will be joining the band on tour. Also, on hand are Mayall's dynamic Chicago rhythm section of Greg Rzab on bass guitar and Jay Davenport on drums, along with Billy Watts (Lucinda Williams) on rhythm guitar and Mayall's regular horn section, moonlighting from their day job in The Late Show with Conan O'Brien's house band.

Join John Mayall as he embarks on his 2019 UK tour, to celebrate the release of this latest album and perform tracks from the internationally acclaimed albums Talk About That, Three for The Road, and more.

Price Details: Full pricing details on our website - Tickets from: GBP 34.50.
Starting Price Per Person
£ 34.50 GBP
Other Information
Login or Sign-up to View or Register for this event
Where
Palace Theatre