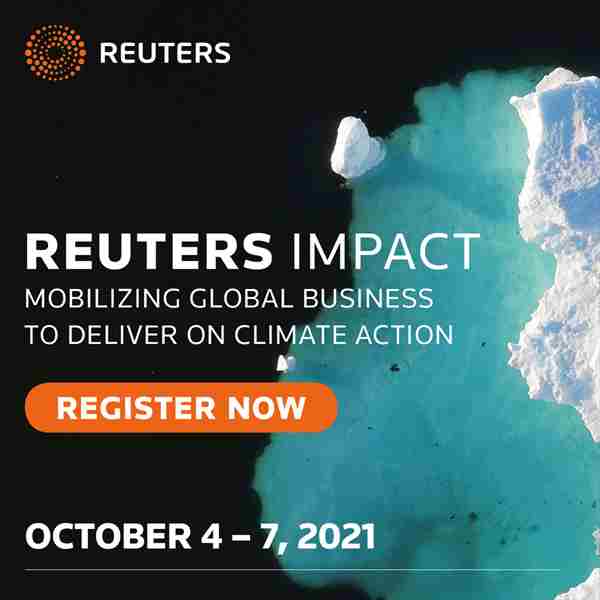 From 4-7 October, 2021, #ReutersIMPACT will bring together more than 25,000 attendees to hear from the world's leading political figures, scientists, CEOs and activists to explore how mainstream business can drive the innovations and investments needed to change our future and deliver a clean and inclusive tomorrow.

Registration is free for a limited time only, register your ticket now.

Category: Conferences | Business and Economics
Starting Price Per Person
Free
Other Information
Login or Sign-up to View or Register for this event
Where
Online