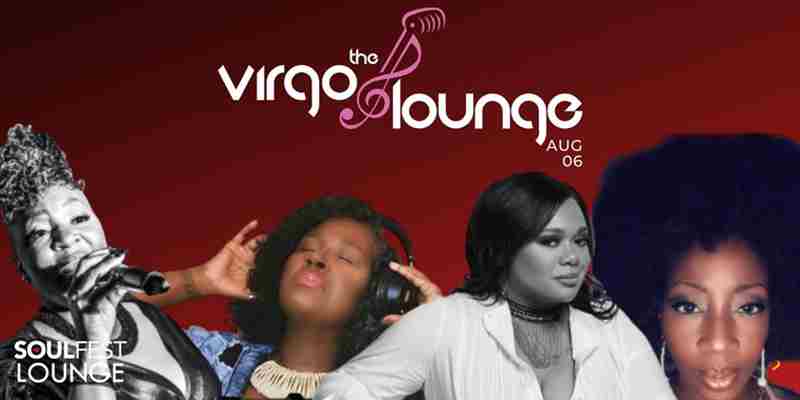 This month we are excited host the Queens of Independent Soul Music from the US, The Virgo Lounge featuring Gwendolyn Collins, Mycah Chevalier, Alysha Glover and, for the first time in Canada, Blez

Gwendolyn Collins made her mark in July 2014 with her debut CD, Storytelling Side I, The Simple Things reaching the number one spot on the UK Soul Charts and the UK Breaking Independent Artists Charts while remained in the chart for over 20 weeks. She delivers jazzy, funk soul treating her audiences to an effortless blend of genres, infused with her individual style of rich vocals and melodic harmonies. With a style, tone and musicality that is uniquely hers , she delivers a throwback to real music with space, sass, sincerity and personality while showcasing her songwriting and production talents hence her title "The Storyteller". Recently she was nominated for Best Female Artist by Soultracks.com, Best Duo/Group with Iisma and Best Live Show London with #TheVirgoLounge UK SoulSessions.

Mycah Chavalier was blessed with an irresistibly soulful voice. Mycah's music is in a class all her own. She has shared the stage with noted artists such as El DeBarge, Lyfe Jennings, The Whispers, Patti Labelle, Luther Vandross, JaRule, Arturo Sandoval, Debbie Allen, Frank McComb, Regina Belle and Maysa Leak to name a few.

Coined as a divine muse by some, Seattle native Alisha Glover has always been inspired by the fine arts. Since the tender age of six years old, Alisha has participated in a myriad of choirs and bands as both a vocalist and musician with a gifted ear for music,
Alisha's lifetime of singing has enabled her voice to be very refined and trained. Alisha has opened for acts such as Rahsaan Patterson, 702, CeCe Peniston, Regina Belle, Miki Howard, Rachelle Ferrell, Jeane Carne, Norman Connors, Jeff Majors, and many others.

Blez is a DC born, MD raised vocalist and songwriter. Classically trained in voice, Blez graduated from Duke Ellington School of The Arts in NW Washington, DC. After graduating she went on to start her music career as a session vocalist working with then Sony producer Reese Johnson. Soon after Blez joined her first band and began her journey as a gigging vocalist around DC, MD and VA.
Now, Blez has stepped out as a solo act with an amazing unit to perform her songs from her debut album Love, Life, Emotion The Experience Vol.1.

Add to Calendar
I May Attend, Remind Me
Event Organizer Contact